Back in the stone age of blogging (pre 2010 that is), there was a thing called "tagging" and also little badges that bloggers gave to one another to stick on their pages. I've still got a few on mine -- look down the bottom of the page and you'll find awards, some from bloggers now faded into the mists of the internet (Nunhead Mum of One, what happened to you?)

You see, this was in the days before official blogging awards, and blogging league tables and blogging conferences and PR freebies and Twitter ratings. It was just a low-key way to show your friendliness and love to a few people whose words you'd read online.

Anyway, I mention all this because Expat Mum -- one of the first bloggers who ever commented on my own blog -- has "tagged" me in this post about Old Fashioned Blogging, because I've been blogging since 2008 and therefore count as a golden oldie in this new-fangled world of weblogs. 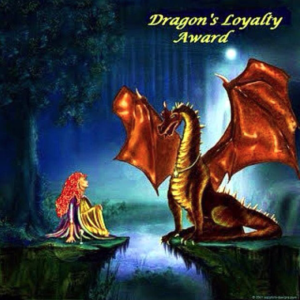 Just like the old days, I have to display the badge (which looks a bit like something out of Harry Potter), link to the nominating blogger (done)  and name seven other bloggers on whom I bestow the award. I also have to list seven things about myself that not many people know. I've DEFINITELY done this one before but I can't find the post -- so here goes another effort. I'm going to make them all writerly/blogging related this time.

1. I've inspired at least three good friends to go into blogging (at least, I think it was me - correct me if I'm wrong!). Step forward Circles in the Sand, Don't Panic and Four Down Mum to Go.

2. When I was 15, I won a short story competition in Just 17 magazine. I won a huge boxload of Penguin Books -- and had my name read out in assembly at school, which was rather embarrassing.

3. I read English at University and of all the books I had to read, the only one I didn't finish was James Joyce's Ulysses. I just couldn't stand it.

4. As a student I did work experience at Cosmopolitan magazine. I was overseen by then features editor Kath Viner - who recently became the first ever female editor of The Guardian.

5. I absolutely love reading novels and can polish off a book in a couple of evenings if I'm enjoying it. I've currently devouring "After You" by JoJo Moyes and plan to read Margaret Atwood's "The Heart Goes Last" next, after recently seeing her live at the Write on Kew festival.

6. For work, I have ended up specialising in writing about ads. This is actually more interesting than it sounds. And you meet some very bright, creative people in the industry.

7. I would love to be a novelist, but have not been able to galvanise myself to write anything beyond a first chapter. I have huge admiration for my friend Circles, who has just finished her first novel. And maybe she will now inspire me to go for it.

Now to the nominations. I'm sure everyone else has already tagged these people, but here  are a few.


1 Melissa at Talk About York (who used to be Home Office Mum).
2. Motherhood the Final Frontier (who gave me such good advice when I moved to the US)
3. My mate NB at Don't Panic
4. Tanya at Bump2 Basics  (I first started reading her blog when she was pregnant. Now her oldest is at school).
5. Michelloui at The American Resident. Who needs to start blogging again!
6. Ditto AConfusedTakeThatFan, whose blog I can't find but who commented here last week.
7. Finally PantsWithNames aka Brit in Bosnia. Emily, if you're still out there, I also miss you terribly.