"Mummy, " said Littleboy 2 this morning at breakfast. "Why are you and Daddy STILL talking about the Referendum?"

He must be wondering what's happened. We've gone from a house where the TV was never on in the morning before school to one where it's seemingly on 24/7. The disciplined leaving for school on time thing has gone out of the window. Both parents seem to be in permanent rant mode. Even when we had guests round for Sunday lunch, they all just ranted too.

I reassured him that we were not mad, and that it was quite likely all his friends' parents were having the same conversations. In fact I know they are: I've spent a lot of time down at the school this week for various parents' open days, and it is all anyone can talk about. It's like that everywhere in London (although I know outside the capital it isn't, necessarily.)

I went to Shoreditch on Monday and young people seemed to be hugging each other everywhere. I went into my local bookshop earlier and an older man was having a rant about what a huge mistake Brexit is. Meanwhile, Facebook has gone from being a place where friends shared pictures of their kids and cat videos to being a place of rampant political activism - petitions, invitations to join marches, people saying how depressed they feel (I would not be at all surprised if Brexit did not result in a rise in mental health issues.) I have other friends who say they aren't talking to friends or relations who voted differently to them.

Frankly, it's exhausting. Brexhausting, as one friend puts it -- she admits to letting childcare, cleaning and cooking go out of the window since last Friday. On top of that as a journalist I've also been writing about Brexit for work, focusing on the failures and success of the two communications campaigns, so all in all I feel like I'm living and breathing Referendum.

We are living in a new reality, and no wonder our kids cannot grasp the enormity of it. I wonder if they will grow up more politically aware as a result?

Why bats don't back Brexit 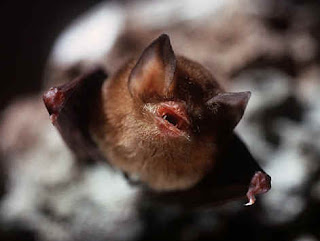 There was a "bat walk" in our local park last Friday night at dusk, and I took Littleboy 2 along. As we stood there in the smudgy twilight, we saw lots of whirling creatures and listened to an fascinating talk from a volunteer from the London Wildlife Trust about bats.

There were several things I didn't know about bats -- like, they feed off mosquitoes and midges (so they're actually happy when humans are around, because we attract them), and it's only certain species that sleep upside down. But one thing I particularly noted was that the bats in our park are protected by EU Legislation.

That kind of sums up the Brexit argument for me. So many of the EU laws that people complain about are just common sense -- from having safe child seats for kids, to protecting bats, to protecting jobs. Giving women the right to ask for flexible working hours. Protecting doctors from working too many hours, like they used to in the early 90s before the EU brought the working time directive in. Personally, I feel protected by the fact that we're doing the same as lots of other countries, many of which are more progessive and less conservative than our own.  And who is going to come up with our laws and regulations in future if we leave? Boris Johnson? No, thanks.

I'm not going into all the other arguments for and against on here, and of course readers are free to make up their own minds.  But I'm crossing my fingers for next Thursday that people see sense and choose "Remain." Because quite frankly it would be "bats" to leave.
Posted by nappy valley girl at 09:09 5 comments: